The State of Deer

North American deer hunters have reason for both concern and optimism this season, according to the National Deer Alliance (NDA). On the positive side, deer populations and hunter success rates are holding their own or improving in many areas. Tempering the good news, however, is the fact that hunter numbers are falling—which, in turn, reduces license dollars, excise tax revenue and political clout—while a variety of other looming issues also threaten the future of our treasured hunting traditions and the species we pursue.

“Overall, there’s a lot to be happy about,” says NDA president and CEO Nick Pinizzotto, who explains that the alliance is a national consortium of organizations, corporate partners like Federal Ammunition, hunters and other stakeholders. The alliance was organized in 2015 to defend the continent’s hunting heritage and the conservation of its wild deer, including white-tailed deer, mule deer, black-tailed deer, Coues deer and Key deer.

“Things have generally been pretty good in terms of herd status,” Pinizzotto continues. “Many states saw an increased harvest in 2017 over the previous year, and the quality of animals people are shooting is improving as hunters better understand management practices that produce mature deer.

“There is also more cooperation in western states between state and federal land managers,” he adds. “And, thanks to ongoing research like the studies highlighted at the Southeast Deer Study Group’s 2018 annual meeting in Tennessee, we know more than ever about these animals and how to safeguard their long-term survival.”

Chronic wasting disease (CWD) tops the threats on Pinizzotto’s list of downsides. “It’s a dark cloud that is helping define the ‘new normal’ of deer hunting in North America,” he says, explaining that CWD is a transmissible neurological disease of deer and elk that produces lesions in the brains of infected animals.

“CWD is 100 percent fatal to deer, and it is highly contagious—meaning a variety of vectors can spread the disease, including hunters who unknowingly bring it to new areas,” he says. “And, while there has never been a proven case of humans contracting CWD, the Centers for Disease Control (CDC) does not recommend eating the meat of infected animals.”

“It’s a dark cloud that is helping define the ‘new normal’ of deer hunting in North America.”

To combat CWD, the Deer Alliance fosters cooperation between state and federal agencies, as well as biologists, hunters and managers of all political stripes. “This disease, which has been found in half of U.S. states, doesn’t follow bureaucratic boundaries,” says Pinizzotto. “We all need to work together against it.”

Toward that end, NDA recently helped craft bi-partisan legislation to funnel $45 million in federal funds into CWD research. “We also want to educate hunters about CWD, without scaring the heck out of them,” he says. “Armed with accurate information, hunters can adjust their traditions to deal with the disease. Hunters can also play an important role in fighting CWD by taking steps to prevent its spread, and by participating in detection and control efforts. Sometimes, in the case of regional herd reductions for testing, research or trimming the population, that can mean short-term pain for long-term gain.”

Pinizzotto encourages hunters to learn more. “The Chronic Wasting Disease Alliance website, cwd-info.org, is a great resource,” he says. “Hunters should also check with their state wildlife agency for local information. In addition, NDA produces the ‘On Watch’ weekly electronic newsletter, which offers all latest the news on CWD and other important issues. You can sign up for free on our website, nationaldeeralliance.com.”

Hunter access is next on the NDA’s hit list. “Our second-biggest issue the last few years has been making sure hunters have a place to enjoy a quality hunting experience,” Pinizzotto reports. “One fast way to drive people out of the sport is not giving them access to such areas.” 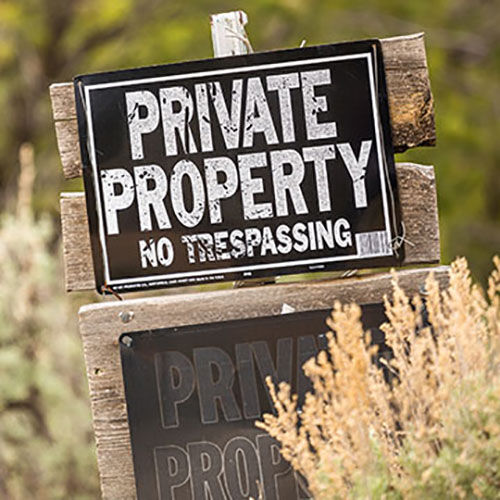 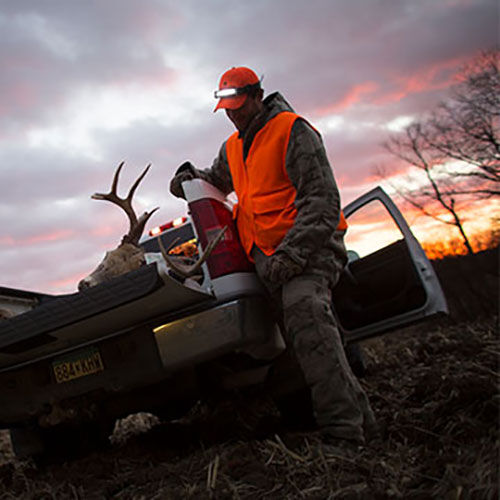 Access issues are complicated by regional differences in land ownership and use. “Many parts of the eastern U.S. are characterized by a lack of public land,” he explains. “With land prices through the roof, purchasing recreational land is not realistic for 95 percent of hunters; the challenge is finding and expanding opportunities through walk-in programs such as those in Kansas and North Dakota, which offer financial incentives for landowners to allow hunters onto their property.”

Hunter numbers, while down, are not in the tank. “Participation hasn’t been great,” says Pinizzotto. “The latest National Survey of Fishing, Hunting and Wildlife-Associated Recreation reveals we’re down about 2 million hunters nationwide. When you consider that 80 percent of all hunters say they hunt deer, we still have a lot of deer hunters out there. I also believe the remaining hunters are more educated and dedicated than in the past, but it’s still critically important to get the numbers moving in the other direction.”

Pinizzotto invites all deer hunters to help reverse the downward trend. “Don’t be afraid to introduce someone to the sport, whether by shed hunting, checking trail cams or joining you on a hunt,” he says. “You’ll be starting them on the road to a rewarding, lifelong pastime, and doing deer and everyone who cares about them a favor in the process.”