Federal Ammunition opened its doors on April 27, 1922. Odds were against the fledgling factory, but the support of shooters like you and the tireless work of our dedicated American workforce carried us through the decades and transformed us into the world’s leading ammunition manufacturer.

Take an exclusive tour of Federal’s historic 175-acre manufacturing plant. Come along for a seldom-seen look behind the curtain and learn more about how Federal crafts the world’s best ammunition.

In 1976, Federal did what no other ammunition company had ever dared to do, bringing in the best boutique components from across the industry to create handloader-quality loads straight from the factory.

How We Did It

A Century Of Commitment To Conservation

For a hundred years and running, Federal has made it a priority to give back to the wild places and creatures that mean so much to hunters and non-hunters alike.

Today’s police officers likely wouldn’t have the tools they need to properly defend our communities or themselves without the ammunition advancements brought about by Federal over the decades. 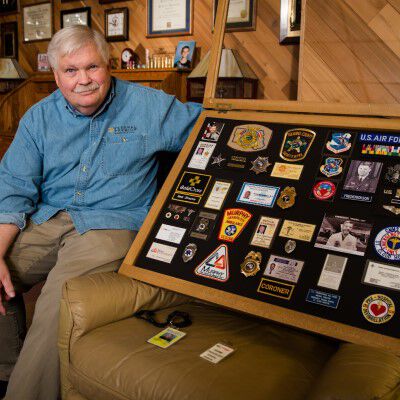 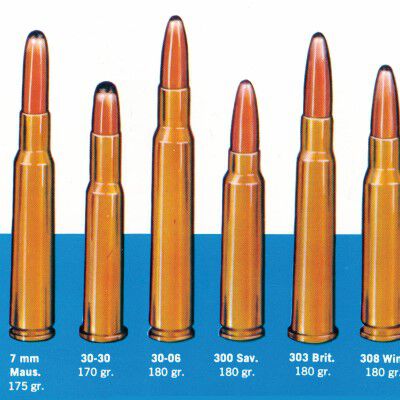 World War II propelled Federal into manufacturing centerfire rifle ammunition. This would ultimately cause a seismic shift in how rifle loads are built, how they perform, and how shooters use them. 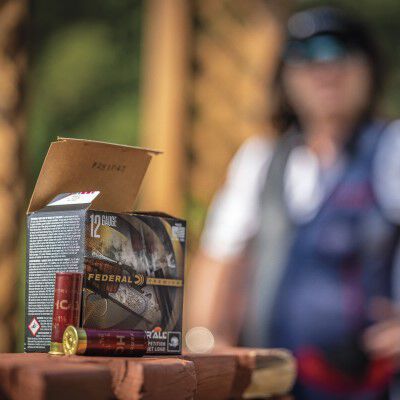 Crushing Clays Since The Early Days

With a track record of building shotshells that stretches all the way back to our founding, Federal reigns as the overwhelming choice of the best competitive clay target shooters.

Learn How It Happened 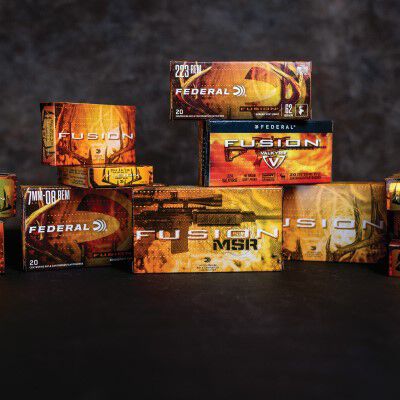 Once in a great while, a product comes along that truly changes the game. Fusion ammunition stands out as one of the Federal’s most successful introductions of all time. 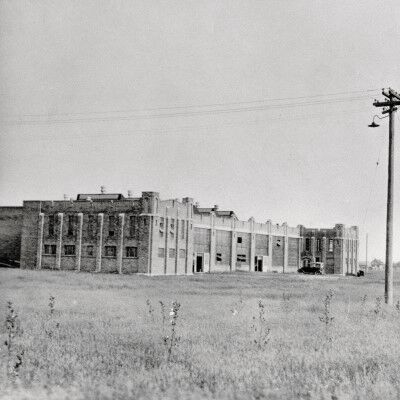 The 1920s: From Bankruptcy To Boom

Federal Ammunition’s earliest days were filled with both uncertainty and inspiration, and the result was something no one could have predicted.

See How It Happened 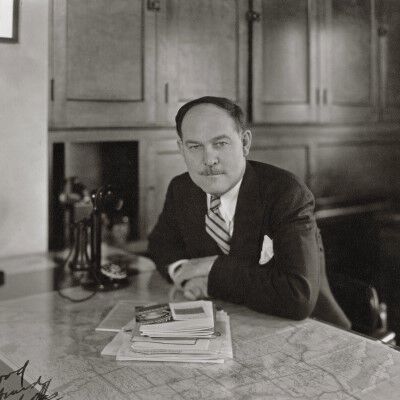 Despite the odds being stacked against Federal in its early years, the company survived and thrived thanks to its employees. Take a look at the key figures in Federal Cartridge Company’s formation. 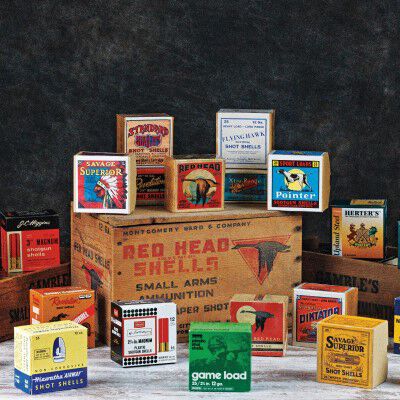 Federal Under Another Name

Learn how some hunters and shooters chose Federal Ammunition for decades without ever actually knowing it. 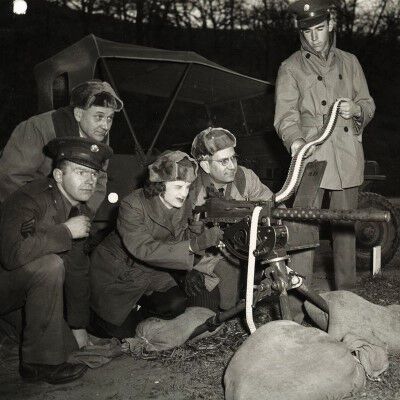 Throughout the past century, whenever America and its allies have needed to fight for freedom, Federal has answered the call for ammunition. 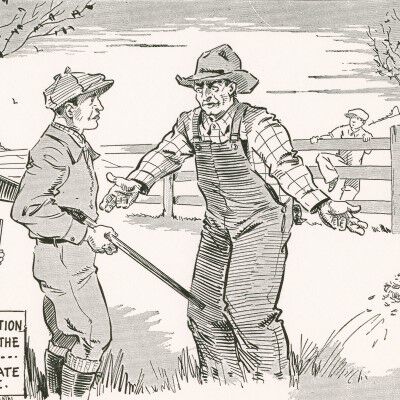 At a time when North America’s wildlife populations and habitat were at historic lows, Federal used advertising to be the guiding voice of conservation. 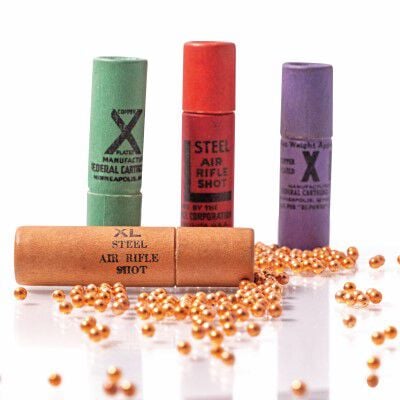 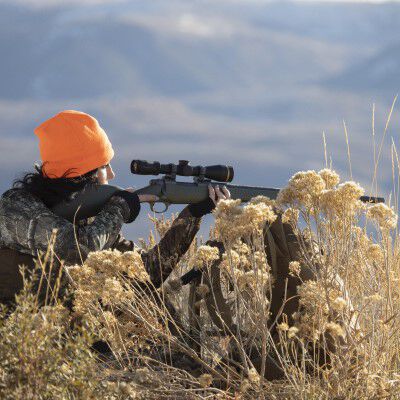 The Climb To The Top

Learn the decades-long evolution that fueled the rise of Federal Premium Terminal Ascent. 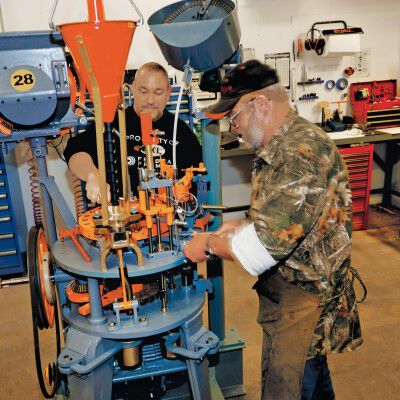 With a little ingenuity and hard work, Federal employees have found ways to make machines from our early years build modern ammunition to meet today’s demand.

See What They Did 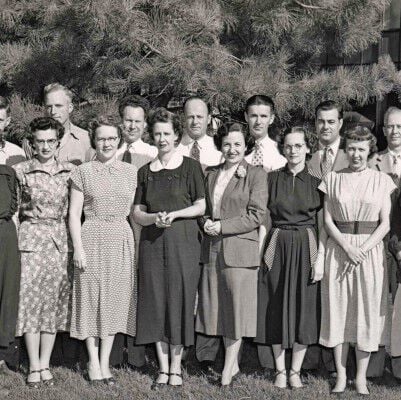 Today, many Federal employees can trace their family trees back to the company’s start. Meet three of these legacy families and learn their remarkable stories. 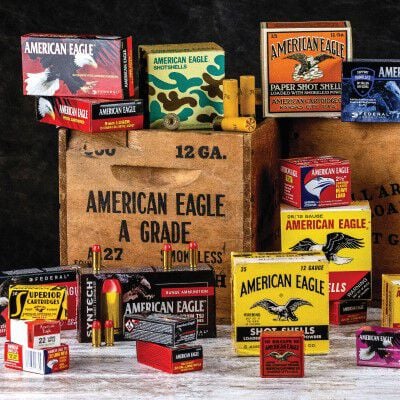 Flight Of The Eagle

American Eagle has been part of the Federal story since the company’s earliest days. Learn how the brand came to be, evolved through the decades and still flies strong today. 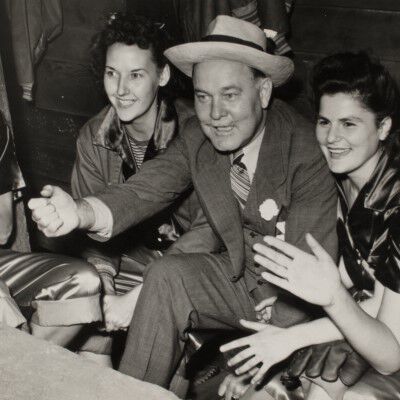 An Era Ends And A Legacy Endures

In 55 years of leadership at Federal, founding President Charles Horn made contributions to the company, community and American industry that are still making a difference.

Don’t miss your chance to own a piece of Federal history. In honor of our 100th anniversary, we’re offering limited-edition rifle and handgun ammunition with throwback packaging designs. They’re available now, but supplies won’t last. 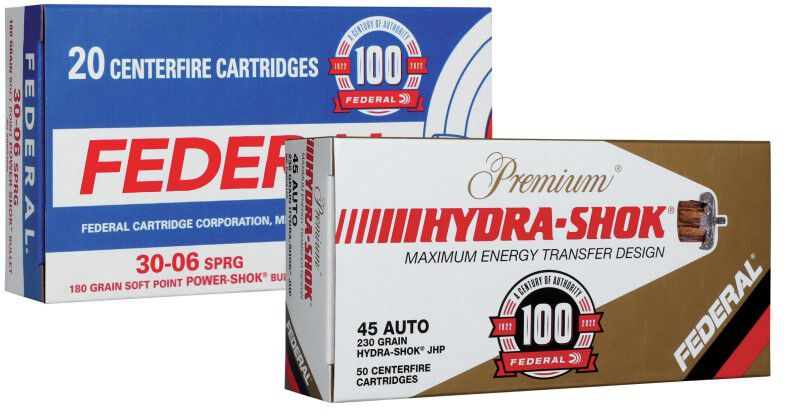 From a single small building run by a handful of employees to the world’s leading ammunition manufacturer—you’ll experience our entire vivid history with Federal Ammunition: The First Hundred Years, a limited-edition, 244-page hardcover book. Own the definitive guide to America’s ammunition icon. 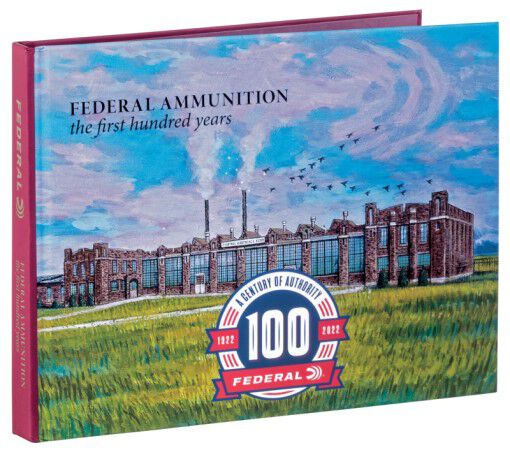 A Look Back: Hunter Safety

For generations, Federal served the industry as not only a manufacturer, but also as an educator. These hunter safety posters from the 1950s are perfect examples of Federal’s longstanding leadership. Interestingly, although clothing, firearms and styles have clearly changed, the safety fundamentals illustrated on these posters are just as true and timely now as the day they were printed. 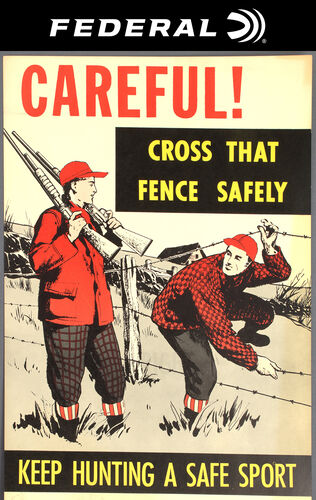 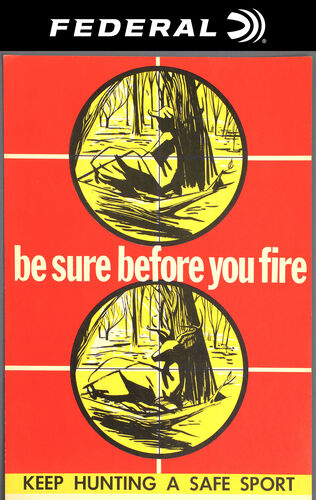 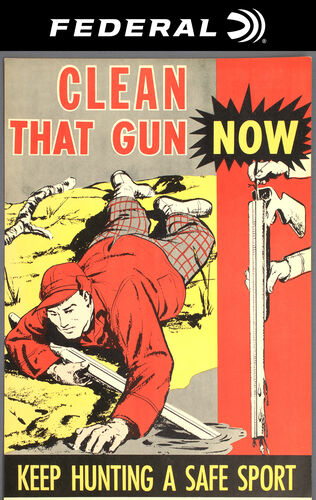 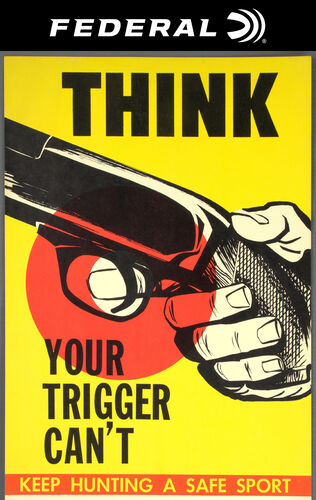 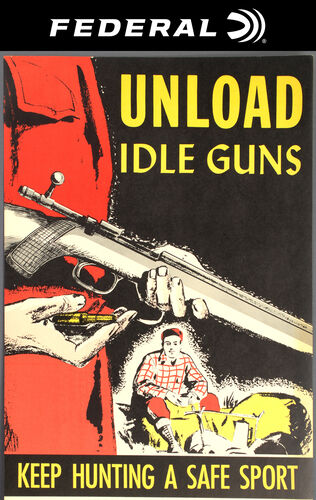 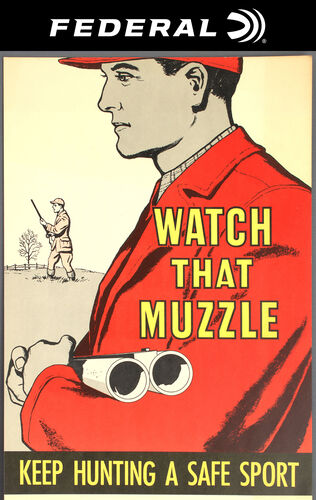