If there’s an opportunity to hunt, you won’t find Craig Simpson at home. The avid outdoorsman and loyal Federal shooter hunts everything he can—elk, turkey, antelope, pheasant and more.

After being injured in an accident in 1992, he’s needed a powerchair to pursue his hunts, and Simpson’s served him faithfully for the past 27 years. But when one of its drive gears were damaged, it became inoperable. Through several phone calls and a thorough online search, Simpson discovered the gear was obsolete.

He searched for a different hunting powerchair with no luck. New chairs were too expensive, not covered by insurance and had small wheels that wouldn’t go off-road.

Getting the Wheels Spinning

Simpson reached out to friends including Jeff Olson and his wife, Anne Beihoffer, Project Manager at Federal. As they examined the gear and contemplated options, Anne had an idea: Federal has 3D printing capabilities in its Engineering Services Department. She contacted Engineering Services Manager Mike Woodward, who recognized the opportunity to help a dedicated customer in need. He engaged engineers Matt Schroeder and Scott Oien to create a model replacement gear in CADD.

“We’ve never made fine-toothed gears like this before. The difficulty of the detailed teeth would be right on the edge of 3D printable,” said Matt Schroeder, Product Concept Developer at Federal. 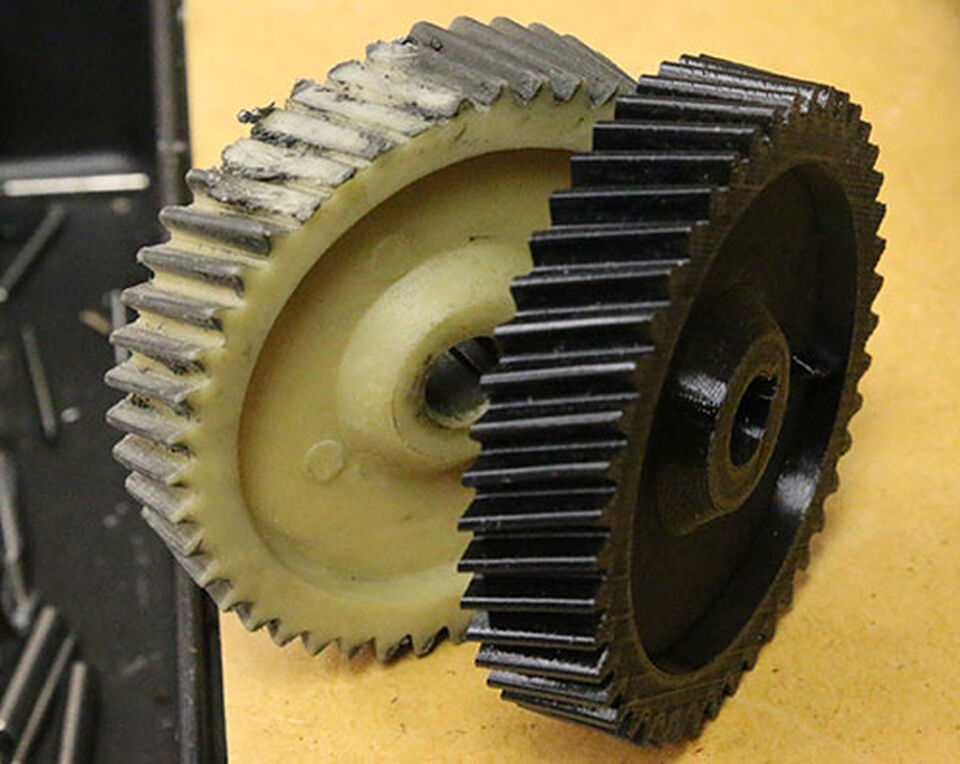 Oien, Federal Design Drafter, did the reverse engineering measurements, hoping to match the gear tooth specifications. “Gears are difficult to mesh properly. Since the drive gear was polymer and it was driven by a steel gear from the electric motor, there was some concern we might not get the tooth shape correct and the new gear might just strip out,” he said.

They sent it to the 3D printer, and amazingly produced a working gear on the first shot! The gears were printed in the strongest plastic the team had available, Ultem.

“It’s a high-end engineering plastic and it fit the strength and toughness needs of a helical gear really well,” Schroeder said.

“Helping a hunter get back into the wild was a really satisfying experience for us.”

They printed four gears, so Simpson had replacement gears on hand if needed in the future.

After years of hunting, Simpson was already a fan of Federal Ammunition. In addition, Federal has also supported Capable Partners, an organization that provides hunting, fishing and related opportunities for the physically challenged. But after the powerchair repair, Simpson is even a bigger fan.

“What really made this project rewarding was the incredible thank-you card Craig sent us—before we even met,” Schroeder said. In his card, Simpson had included 10 or 12 photos of him in his element, hunting big whitetail bucks and a huge antelope. “Helping a hunter get back into the wild was a really satisfying experience for us.” 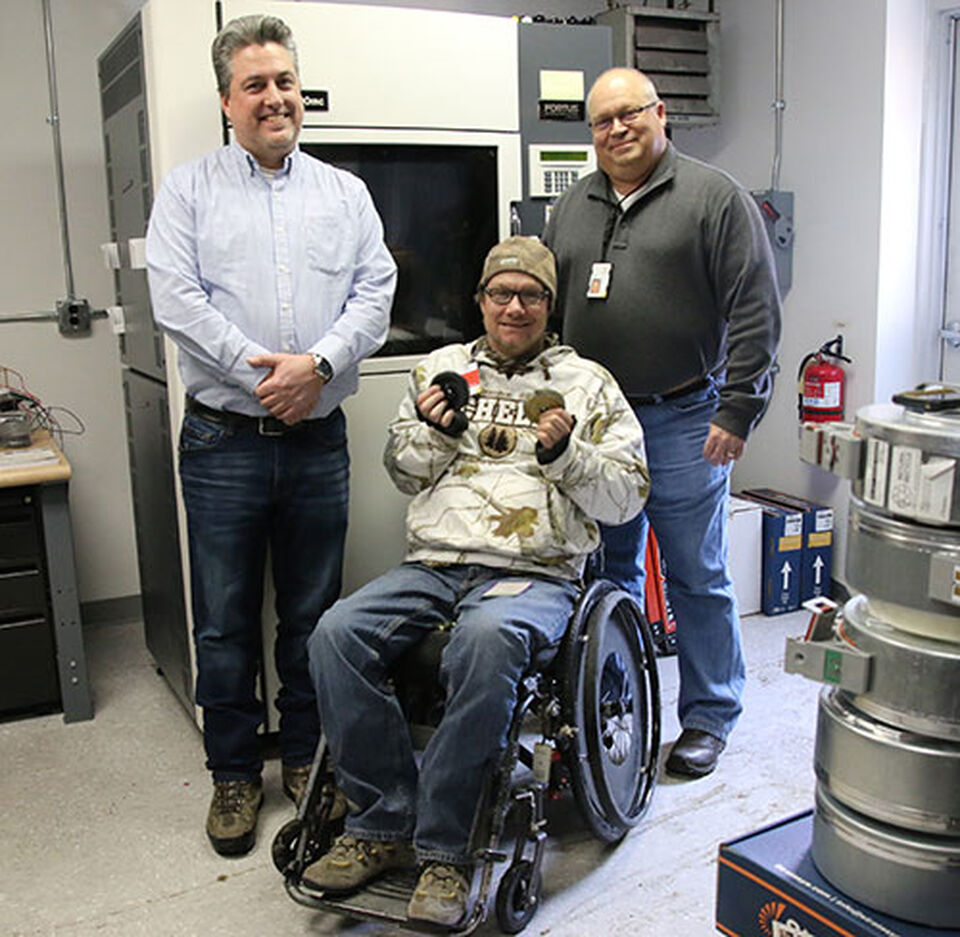 After being equipped with the new gear, Simpson was extended an invite to tour the Federal plant, where he met the team, saw the 3D printer and watched how his favorite shotgun shells are manufactured. “I was really lucky they could design and print these gears. And the guys seemed rewarded just by helping me out,” Simpson said.

Craig Simpson is an active member of Capable Partners and is the vice president of Silent Ability. Each of these non-profit organizations help physically challenged hunters get out in the field. Learn more at capablepartners.org and silentability.org.