The reasons droves of rifle-goers prefer a handloaded round are many. For most, it’s the precision. From sizing the case to checking length to setting the powder measure, rifle reloading is a very exacting, custom process. The reward is ballistic perfection—a cartridge loaded with the shooter’s choice of brass, primer, powder and bullet.

The entire process is important, and when you trust sage Federal Custom Shop reloaders to build your ammo, no detail is overlooked. With that noted, it’s important to point out that most handloading fanatics consider bullet choice the most important part of the cartridge-building process.

Choosing a bullet should never be like tossing a dart at a board and picking a number. Do your research. Know the purpose you want your load to achieve and pick a bullet that will meet it. To that end, Federal offers a number of options in various weights to meet your needs. Let’s take a look at a select few.

Introduced in 2020, Federal’s Terminal Ascent was specifically designed to cause massive damage on game at distances both near and far. The bullets’ bonded construction promises deep penetration on close targets, and the patented Slipstream polymer tip ensures expansion at velocities 200 fps lower than comparable bullet designs. The ability of the bullet to expand at lower velocities means increased penetration and damage on distant game. The bullet’s build is long and sleek; it screams long-range performance. An AccuChannel groove has been added to boost accuracy and minimize drag. In short, those that choose Terminal Ascent get less wind drift and drop, an extremely high ballistic coefficient and devastating knock-down power.

The long-range rifle crowd is growing, and a favorite of this group is Nosler’s AccuBond Long- Range bullet. Introduced by Nosler in 2018, this bullet was designed to perform on big-game animals at distances beyond 1,000 yards. A true long-range killer, the AccuBond LR was specifically engineered to have a minimum impact velocity of 1,300 fps. This was done to ensure proper mushroom expansion at longer distances. Fitted with a lead-core bonded to a copper jacket, shooters get close-range devastation as well. The copper jacket is tapered—designed to be thin at the nose and thicker toward the boat-tail base. If long-range shooting and hunting is your game, this bullet is worth a look.

Tried-and-true and responsible for filling countless freezers since their 2003 launch, Barnes Tipped TSX bullets have earned a reputation as some of the best all-around hunting bullets ever designed. The reasons are many. The biggest hat-tipper to the bullet is the streamlined polymer tip, which boosts BC and ups long-range performance. Of course, the 100 percent copper body with multiple rings cut into the shank give shooters nearly 100 percent weight retention. Upon impact, the bullet doubles its diameter by transforming into a four-petal razor-sharp killer that causes extreme internal damage. 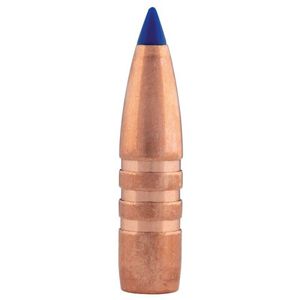 The “ELD” stands for Extremely Low Drag, and those who chose Hornady’s ELD-X won’t be disappointed. Its Heat Shield tip marries with the secant ogive, optimum boat-tail design and concentric AMP bullet jackets to increase aerodynamics and help the bullet hold velocity. Designed to never stop expanding over the entire course of its path, this bullet puts game down hard. 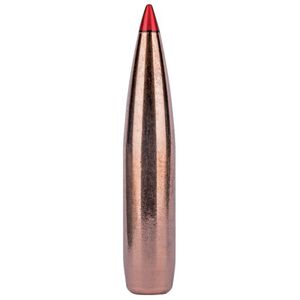 Coveted for its up-to-99-percent weight retention, Federal’s Trophy Copper Bullet is the choice of many. A tipped bullet cavity optimizes expansion across a broad velocity range, and the grooved bullet shank, polymer tip and boat-tail design ensure maximum accuracy. A do-all bullet that is lead-free but hard on big game, Federal’s Trophy Copper is definitely worth a test drive. 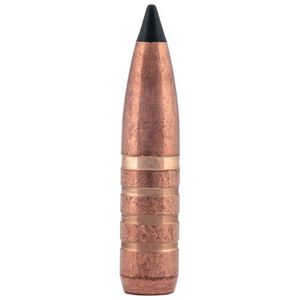 Remember, a custom round should be just that—custom—and you’ll want to do your research before punching your data into Federal’s Custom Shop order form and sending it off. Enjoy the process. Federal will take care of the rest.