“My rifle and ammunition combo were just hammering all weekend. I shot a really good match and was fortunate enough to leave with the win,” said Schmidt about his match victory. “As good as Federal factory-loaded Gold Medal ammo is, I’d just prefer not to spend hours in the garage reloading and just run it for the remainder of my matches.”

“The Federal Premium Gold Medal 6mm Creedmoor 107-grain Sierra Matchking shot with an average velocity of 3,090 feet-per-second (fps) and only a standard deviation of 7.5 fps,” Schmidt reported. “Sight-in accuracy at 100 yards was sub-1/2 MOA, and it shot consistently at any distance.”

“Tucker is new to our team this year. He shoots USPSA, 3-Gun and Precision Rifle Series for us and he’s naturally gifted in all the different disciplines,” said Federal Shooting Sports Promotions Manager Jason Spradling. “The message that I preach to all our shooters is that you don’t have to be a handloader to be competitive. You can shoot factory ammo and compete on a national level. In the past two years, we’ve had many top finishes with team members shooting our Gold Medal ammunition. Tucker’s finish at this event is proof of that, and we congratulate him.” 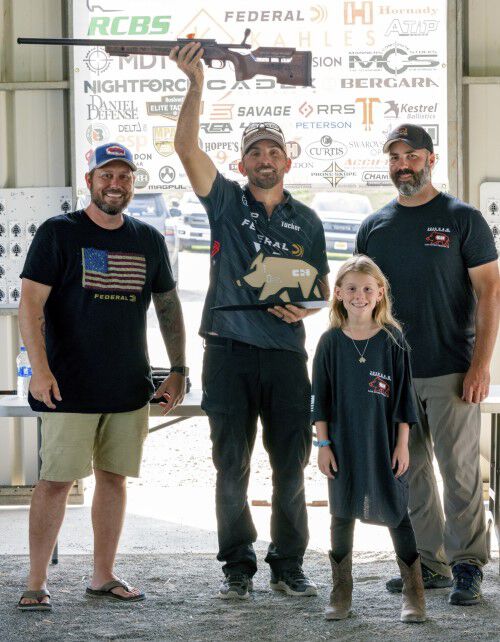