ANOKA, Minnesota - October 22, 2020 - The NSSF reports a surge in gun purchases and new gun ownership since the pandemic and civil unrest in the United States converged to create a perfect storm. And the data being collected shows the new buyers are more diverse and representative of the country’s population. Joining the “It’s Federal Season” podcast to discuss the current events and the importance of protecting the rights of gun owners is 2nd Amendment advocate, influencer, and lawyer Colion Noir.

“Colion Noir is well versed on the issues the firearm industry is facing today,” says Federal Ammunition’s President of Jason Vanderbrink. “Federal is fortunate to have Colion dedicate time to bring awareness and advocate for responsible and safe gun ownership on this episode of the podcast,” says Vanderbrink. During the candid conversation, Noir discusses the importance of mentorship, available resources to train new gun owners, and the necessary vigilance required to protect the Constitutional rights afforded to law abiding citizens to own and use firearms.

Due to the subject matter, this episode of “It’s Federal Season” breaks from the standard format, which typically includes a Tech Talk segment, to continue the dialogue with Colion Noir regarding the coming election and the importance of making your voice heard at the ballot box. “It is one of the most important discussions we’ve recorded since the launch of the podcast and if you care about your 2nd Amendment rights, take the time to download and listen,” says Vanderbrink. 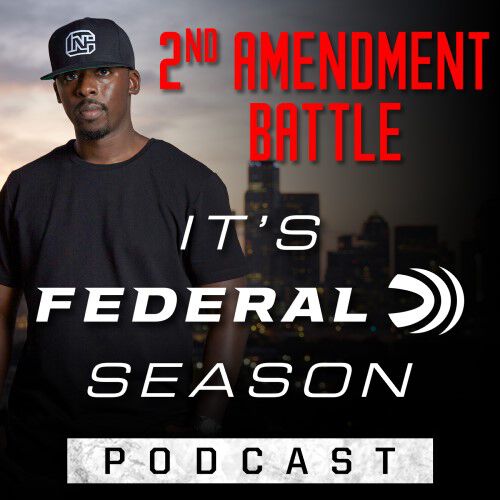