“Last season, Reed was crowned as the 2018 National Champion with a first-place finish. This year, we congratulate Reed on his hard-earned, strong finish at this incredibly competitive event. The honor speaks volumes for his skills and the products he competes with, as well as works hard on every day on to help manufacture,” said Federal Senior Marketing Director Jason Nash. “Our dedicated employees not only design, develop, test, manufacture and deliver the best ammunition on the market, many of us also count on it to help us succeed in our shooting competition goals and hunting enjoyment. It’s a lifestyle we are all certainly proud of.”

“The Universal Shooting Academy always draws the best shooters from around the nation, as well as put on the most thought-out, well-rounded matches,” said Reed. “I am happy and grateful to have had the opportunity to compete at this incredible event and be able to take second place using our Syntech Action Pistol Ammo.”

Federal Ammunition is a sponsor of the USPSA, and Syntech Action Pistol is the official sponsored ammo of the organization, with their logo on the box. Learn more about the USPSA at www.uspsa.org. 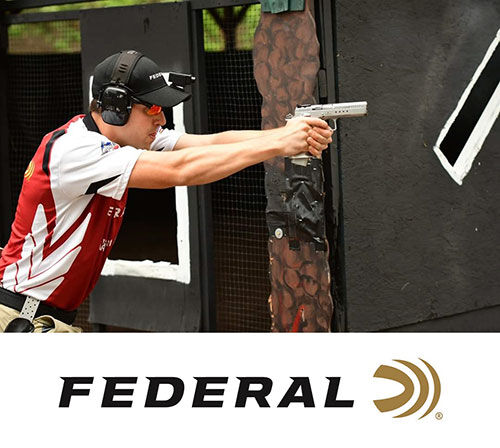