Stay In Your Lane

The blast was close, too close, and the ringing in my ear was immediate. The flushing rooster crumbled, and my buddy shouted, "Yes." Then, he turned to his right, realized what he'd done and saw where things had almost gone very wrong.

Hunting is exciting, especially when you’re after upland birds and waterfowl. I love it. However, these hunts can be hazardous if you don't have frank discussions and take the time to educate new hunters before ever stepping into the field.

Whether you’re talking about a piece of machinery or a hunt, the more moving parts something has, the more potential there is for something to go wrong. A typical hunt for upland birds has a lot of them. Multiple hunters moving across uneven ground at slightly different speeds and paths. Working dogs bobbing and weaving through cover. Terrain that dips and rises with every step you take. Birds that erupt from the grass—sometimes at a hunter’s feet, sometimes at the edge of range—and then take flight at unpredictable and inconsistent trajectories. And it all collides in encounters that span fractions of a second. 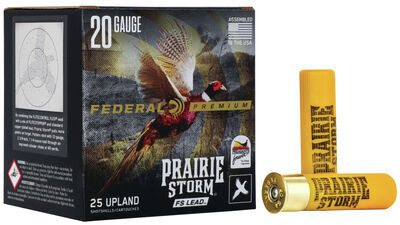 As if that wasn’t enough, the simple excitement of having a cackling rooster explode from the grass without warning after perhaps miles of uneventful walking is enough to rattle even the most experienced hunter.

Add it all up, and the reality is simple: Upland hunts require a clear plan and even clearer boundaries every hunter in the group must know, understand and obey. At its most basic, this means all hunters must have orange on their vest and hat—which is likely state law anyway. But it goes far beyond that.

Before the hunt begins, every hunter should space themselves evenly across the span to be hunted, and shooting lanes must be clearly set and communicated. Before I walk a field with my pheasant buddies, we form our line, get our spacing right, and one by one, every person swings right to left to establish their safe shooting zone. If a bird falls out of your zone as the hunt unfolds, leave the gun at port arms. Period.

One group member yells, "safety on" to remind everyone to double and triple-check their shotgun isn't showing red before we take a single step. Overkill? No, we haven't even gotten started.

During the drive, we focus ahead and constantly glance left and right, ensuring the line of hunters stays straight, with no hunter in front or behind. If a bird flushes when the line isn’t straight, there’s no safe shot.

When the drive is over, before moving to the next area, everyone is asked to, yes once again, check their shotgun to make sure it's safe. If we use a vehicle to get to the next location, shotshells are removed, actions are opened, and firearms are cased.

Throughout the hunt, don’t let the excitement of the day, enthusiasm of the dogs, numbers of birds or anything else set or accelerate the pace. Take time to slow everything down, ask questions, and keep hunters grounded in the safety rules will prevent an "oops" moment.

Although hunting ducks and geese usually involves fewer moving parts than the typical upland bird hunt, the burden of safety—and the price of not following basic guidelines—is just as high.

My friend was hunting geese in a cornfield with a group when disaster struck. He was on the far end of the field and recalled the layout blinds were not in a straight line but staggered. Two hunters in the group were first-time goose-goers, and they were excited. My buddy had been invited on the hunt by another guy, and there was no pre-hunt talk about safety or establishing shooting lanes for each hunter.

On the second volley of the day, one of the new hunters swung too far to his left, and another hunter had set his layout too far in front. Because the new hunter was shooting outside his lane, and the other hunter came out of his blind at the last moment to shoot, a fatal accident occurred. The shooter was legally cleared of the incident, but he and everyone on the hunt will live with the aftermath of the avoidable tragedy for the rest of their days.

When waterfowl hunting, you need to know exactly where other hunters are, which is all the more important since nobody will be wearing blaze orange to give your mind that last-minute visual cue to hold your fire. If hunting from separate layout blinds or any other situation where hunters are spread out in a line, take extra care to ensure that line is straight, so no hunters are even potentially positioned ahead of the muzzle of another hunter’s gun farther down the line.

Black Cloud FS Steel is now equipped with the FLITECONTROL FLEX® wad to deliver improved pattern density and consistency through both ported and standard waterfowl chokes. 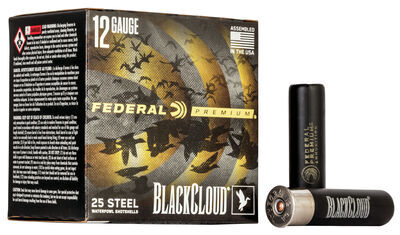 Before the first volley of the day, a clear shooting lane should be established for every hunter in the party, and each hunter should swing their shotgun left and right within that range to show others they understand their boundaries. Based on their position, each shooter should know which part of the flock they should be shooting if more than a few birds come in. For instance, the far-right shooter takes birds to the right, the middle shooters take birds in the middle, and the left-outside shooter takes birds to the left. It sounds simple, and it is, but when birds drop their feet and come in hot, things get exciting. Proper pre-hunt planning and safety briefs help eliminate awful moments and keep everyone safe and having fun.

As important as safety is, clear delineation of shooting lanes is about more than just preventing accidents. Especially in waterfowl hunts, where you can have dozens of birds working in at once, it pays to have shooters focused on where they can do the most good. If hunters remain locked on their lane, they’ll be more likely to connect with ducks that sneak in from the side of the first wave or that second rooster that holds tight before flushing unexpectedly off your flank when the group’s attention is still focused on the first bird.