Every day, a large percentage of those who conceal and carry opt for a 9mm Luger or 380 Auto. The former is due to its effective power and terminal performance, and the latter for its compact size and ease of concealment. However, both have limitations. The 380 Auto has always been criticized for its limited power and terminal performance. And any 9mm Luger shooter would like to have more rounds in their magazine, or a smaller frame gun for easier carry.

So, what if there was a new option that blended the strengths and eliminated the weaknesses? A cartridge that utilizes a smaller case than 9mm but has the same power and performance? That solution is now a reality. Enter Federal’s new 30 Super Carry cartridge.

The cartridge uses a .312-inch bullet. This narrower diameter allows for two to three additional 30 Super Carry rounds in the magazine in initially available handguns. Pistols chambered in 30 Super Carry and built using cartridge-specific frames (as opposed to existing 9mm Luger frames) will maximize capacity while maintaining a narrower and shorter grip than 9mm pistols for easier concealability. 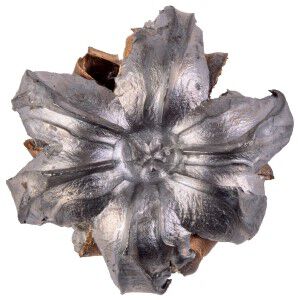 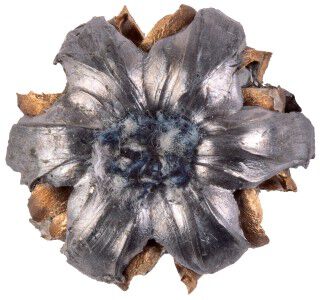 In terms of energy, 30 Super Carry generates between 336 and 347 foot-pounds of at the muzzle, which is like the 9mm Luger, which averages 347 foot-pounds, and handily exceeds the 380 Auto’s 202 foot-pounds.

Beyond power concerns, the cartridge is comfortable to shoot. Recoil similar weight 9mm Luger pistols, and muzzle flash is comparable with both rounds. Pistols chambered in 30 Super Carry have a slightly faster report, but volume is almost the same as a 9mm. In short, it’s a fast-cycling, fun-to-shoot cartridge that’s also very accurate.

Pistols currently chambered in Federal 30 Super Carry include Nighthawk Custom’s President and GRP 1911 pistols and Smith & Wesson’s M&P Shield Plus and M&P Shield EZ. The Smith & Wesson Shield EZ offers two more rounds per magazine, while the Shield Plus holds an additional three compared to 9mm counterparts (although the M&P is based on a 9mm frame at the moment and, as such, guns chambered in both cartridges are the same size).

Much of the current ammunition demand is coming from America’s more than 12 million new gun owners, with 2020 and 2021 being the top years for gun sales on record. Many of those newcomers are looking for a self-defense pistol and the 30 Super Carry is an ideal choice, especially since it could be built on smaller, lighter pistol frames than 9mm without generating recoil or muzzle blast at levels that might intimidate new shooters.

Next, 30 Super Carry’s introduction is truly unique. While most new cartridges initially struggle with availability before production catches up with growing demand, 30 Super Carry will hit the ground running with not only loads from Federal but also sister brands Speer, Blazer and Remington. In fact, it’s the first time in history so many manufacturers have offered loads for a new cartridge on Day 1.

Federal’s 30 Super Carry cartridge carries like a 380 and hits like a 9mm, which means shooters can reduce their pistol’s footprint and increase capacity without sacrificing performance. As with the 380 Auto, 30 Super Carry pistols can be concealed under light clothing and are suitable for year-round carry. However, with ballistics that mirror the 9mm, there’s no doubt regarding the 30 Super Carry’s effectiveness for self-defense.

With a higher capacity and smaller potential frame size than the 9mm but with similar muzzle blast, recoil and terminal performance, 30 Super Carry offers a decided advantage over the older cartridge. Federal Ammunition has 100 years of experience producing ammunition and is the ideal company to develop a better concealed carry cartridge for the next generation of self-defense pistols, and that’s exactly what the company has accomplished with this introduction. With so many advantages over existing cartridges, 30 Super Carry stands to revolutionize self-defense.