The two-time Olympic gold medalist and reigning World Champion finished the Men’s Skeet competition at the ISSF World Cup in Acapulco, Mexico with a perfect score in Qualification (125/125 targets). He capped it off with a perfect score in the Final as well (60/60 targets). This outstanding accomplishment equals the world record and helped him claim his 11th World Cup gold medal.

Other Pro Staff competitors are off to a strong start this season. This includes trap competitor Ashley Carroll as she captured the individual gold medal in Women’s Trap competition during the USA Shooting Spring Selection Match. She then teamed with Derek Haldeman to earn top honors in the Mixed Team trap event as well. Skeet pro staff member Katie Jacob finished as the runner-up in junior competition at the USA Shooting Spring Selection match on March 9.

The USA Shooting Team will be back in action in Changwon, South Korea for another ISSF World Cup event beginning May 9 with Women’s Skeet.

Federal is the official shotshell ammunition sponsor and supplier of USA Shooting, a non-profit organization that promotes the shooting sports and prepares American athletes to bring home Olympic gold. Learn more about USA Shooting at: www.usashooting.org. 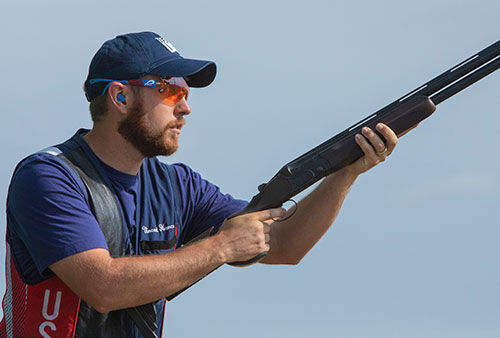