Federal’s youngest competitive trap shooter Grayson Stuart was a standout on the team, competing in hundreds of events across the country and winning more than 70 top finishes in national, state and regional competitions. Highlights from 14-year-old’s season includes winning Sub-Junior Doubles and taking 3rd Place in Sub-Junior for HOA and HAA at the 2019 Grand American World Clay Target Championship in Sparta, Illinois. Grayson was also the HOA and HAA Sub-Junior Champion at Western Satellite Grand Competition in Vernal, Utah. Grayson was Team Captain for the Utah State Sub-Junior Team, USAYESS Sub-Junior Team, as well as other teams. Additionally, he was a 1st Team All-American Member of the ATA Sub-Junior Team for the 4th consecutive year.

“I want to say thanks to Federal for not only making award-winning shotshells, but for their continuous support and passion in not only me, but the shooting sports themselves,” said Stuart. “Federal Ammunition has pushed me up mountains I never thought I could climb.”

“We look to young shooters like Grayson to help energize trap shooting to the younger generations,” said Federal Youth Shooting Sports Program Manager Jon Zinnel. “Grayson did an outstanding job representing the Federal brand. His performance was great to watch throughout the year because it was obvious that he had fun and enjoyed sharing that excitement with others. We congratulate him on his impressive list of accomplishments in 2019 and look forward to seeing him excel in 2020 and beyond.” 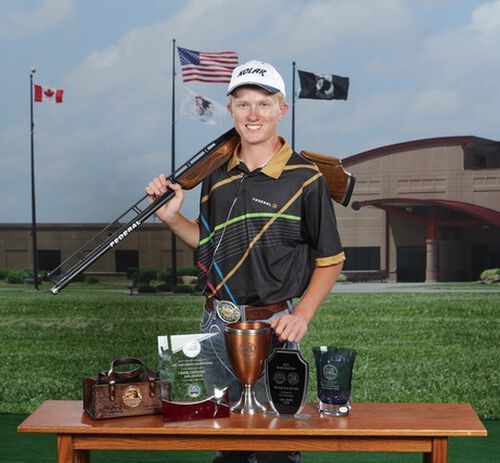