“This was a fantastic match. From the challenging course of fire to the support Federal showed the competitors, everything was top notch,” said Allan. “I’m proud to represent Team Federal and appreciate all their support for the precision rifle community.”

In other divisions, Ben Gossett earned the Top Military/Law Enforcement trophy for the second consecutive year. Phil Cashin of Masterpiece Arms won the trophy for the Production division. A strong performance from Melissa Gilliland earned her the Top Lady trophy. The Top Junior trophy went to Luke Holbrook. Finally, Mark Cooper used his .308 Win. to claim the Top Tactical trophy.

One highlight of the match came when Federal’s Shooting Sports Promotions Manager Jason Spradling and Phil Cashin from Masterpiece Arms presented a custom rifle to a deserving new shooter. The recipient, shooting his first match, was using a borrowed rifle and gear. He shot with a great attitude and showed excitement and passion for the sport.

“We at Federal recognize the importance of growing the competitive shooting sports and encouraging new shooters to be active participants,” said Spradling. “It was great to be able to present a gorgeous new MPA production rifle to a deserving new shooter.”

Federal Ammunition is the Official Ammunition of the PRS and an Affiliate Sponsor of the 2020 Precision Rifle Series Season. In May of 2021, Federal will be title sponsoring a PRS Pro Series and AG Cup Qualifier match in New Mexico. In addition, Federal will again be the title sponsor of the third annual Federal Gold Medal Match to be held at Alabama Precision in September 2021. Learn more at www.precisionrifleseries.com.

Long range isn’t just a distance. It’s a state of mind. A dedication to push further. And it’s why Federal Premium builds Gold Medal rifle loads. The exclusive primer design provides the best sensitivity and most consistent ballistics in the industry. The best-in-class, precision-built bullets loaded in this line of ammunition wins more matches than any other. Federal’s Gold Medal is the only choice for the world’s most elite shooters 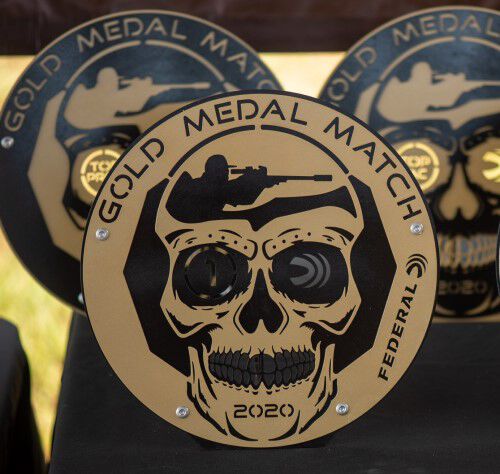