To qualify for the finals of the International Shooting Sport Federation competition, Hancock tied with five other shooters finishing with 124/125. After a shoot-off for bib order, Hancock emerged with bib #1. In the men’s skeet finals, Italy’s Luigi Lodde shot a perfect 60/60 to win the gold medal, while Hancock shot 59/60 to take the silver.

Competing on the women’s side, Caitlin Connor, representing the USA, set a world record and wins a gold in a unique event at the ISSF, the mixed team event. Contested for the first time, a male and female shooter from different countries were paired in a friendly competition to close out the ISSF international shotgun calendar for 2019. Connor and her Australian partner won the gold. Connor also placed 6th in the women’s skeet competition. In the women’s skeet qualification event, Connor shot a 123 which tied the current world record.

Federal is the official shotshell ammunition sponsor and supplier of USA Shooting, a non-profit organization that promotes the shooting sports and prepares American athletes to bring home gold. Learn more about USA Shooting at: www.usashooting.org. 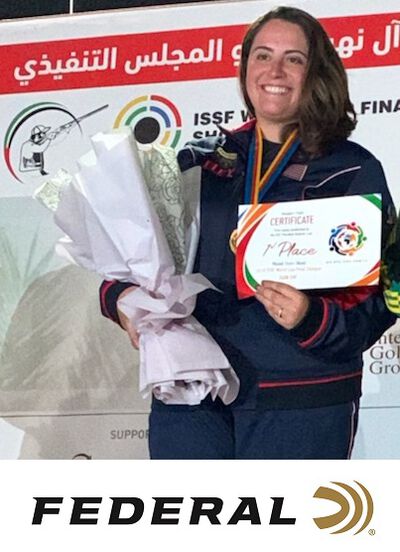