ANOKA, Minnesota - Oct 29, 2019 - Team Federal shooter Buck Holly continues his reign in the Tactical Division of the Precision Rifle Series (PRS) Championship Shooting Series. Besting the field of more than one hundred competitors, Holly recently won the Tactical Division and tied for 5th overall in the Open Division at the Kestrel Fall Classic Competition in Baker, Florida. This marks Holly’s 11th win of the season.

Holly is currently ranked as the top tactical division shooter in the country. One of the Georgia native’s secrets to success is his trust in Federal ammunition.

“The entire match was redesigned with new shooting positions and target locations. The competition was a true test of shooters gear and wind reading skills. The rain and the winds were often brutal,” said Holly. “I shoot the factory-loaded 175 grain Federal Premium Gold Medal Sierra MatchKing in 308 Win, which did exceptional in these conditions. This load gives me the performance I expect and helped me finish on top.”

The legendary, precision-built Sierra MatchKing bullet has long been an industry standard for match accuracy. Federal’s exclusive primer design provides the best sensitivity and most consistent ballistics in the industry. These and other features of Federal ammunition are critical to competition success and makes it the best choice for the world’s most elite shooters. 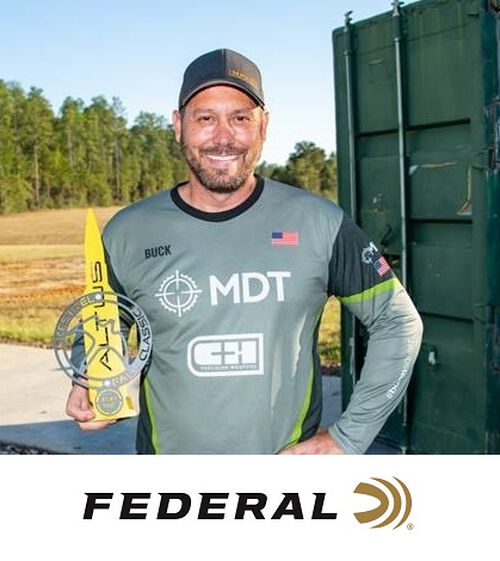