ANOKA, Minnesota - January 31, 2020 - Federal has expanded its wide range of its renowned centerfire rifle and handgun bullets for reloaders. The first new option is a .224 90-grain option in the Fusion line intended for hunters and shooters looking to reload the 224 Valkyrie cartridge. The second new bullet offering is a full line of new Terminal Ascent bullets which is a match-style, all-range, bonded hunting bullet.

“We have always loaded our ammunition with the industry’s finest components, and for decades we have provided the same world-renowned brass, primers and wads to handloaders,” said Federal Product Director Mike Holm.” But until just a few years ago, we kept all our proprietary Federal branded bullets to ourselves, offering them only in factory-loaded ammunition. Those days are now over and Federal is proud to now offer seven product lines of our top bullet designs to be sold as components for reloading.”

The several different handgun or rifle product lines listed above are available in a full array of the most popular bullet diameters and weights. For example, Federal’s Premium line of Terminal Ascent component bullets are available in 130-grain .264”, 136-grain .277”, 155-grain .284". 175-grain .308", and 200-grain .308”. The variety of diameters and weights are different for each product line, yet it’s safe to say all seven product lines carry the most popular calibers handloaders are looking in its specific category. All of Federal’s component bullets are packaged in 50-count boxes and are sold at the most competitive prices available. 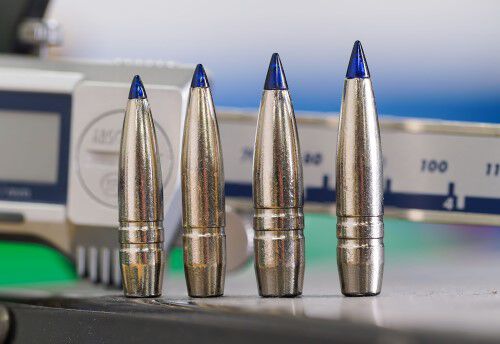