ANOKA, Minnesota - April 16, 2020 - Hear about a life-and-death encounter from an officer who survived one. On this special episode, Federal shares the microphone with Special Agent Bill Gray, a former Wisconsin county investigator who used HST to defend himself during an attack that left 14 stab wounds in his face, neck and hands. Gray was called to assist in locating a runaway girl when a series of events led to the vicious attack and eventual death of the suspect.

“It was such an honor to hear his story in person,” said Jason Vanderbrink, President of Federal Ammunition. “Bill Gray details a harrowing experience that verifies why every American should be proud of the job law enforcement does each and every day for our communities.”

Gray relives the day with great detail, has high praise for the Federal HST duty ammunition used to defend himself, and provides advice for those who want to pursue law enforcement as a career. Since surviving the attack, Gray has been awarded the Law Enforcement Purple Heart — an honor given to officers wounded in the line of duty.

In the Tech Talk segment, Larry Head, Chief Engineer discusses the terminal performance of Federal’s HST and Speer’s Gold Dot ammunition and why these are staples of law enforcement agencies across the United States. Head address the events that led the FBI to set a performance standard for duty ammunition. Before signing off, find out what promotions are available for consumers and where consumers can meet with our ammunition team to talk all things ammunition. Look for more episodes on Federal’s website or where you find your favorite podcasts. 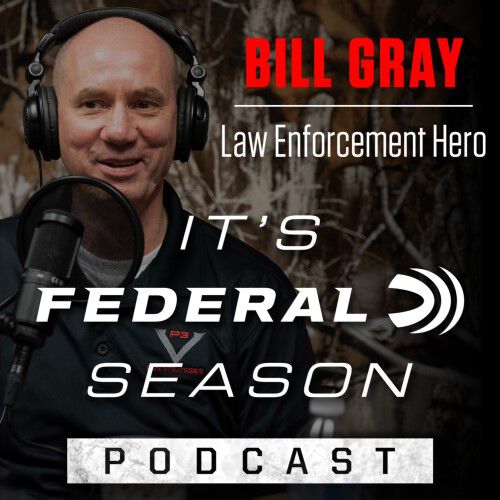