“The ATA Grand Slam is achieved when a shooter completes the final discipline, of the three shooting events: 200 straight in a 200-Target Singles Event, 100 straight in Handicap from the 27-yard mark, 100 straight in Doubles,” said Federal Youth Shooting Sports Program Manager Jon Zinnel. “According to ATA records, less than 500 shooters in the world have completed their Grand Slams.”

“I set new goals each year to keep my focus through the shooting season and so far, this season has been great,” said Stuart. “I could not be any more excited with accomplishing my ATA Grand Slam at the 2020 Western Zone. Now I need to shift my focus back to the range and prepare for the Grand American in a couple of weeks.”

Stuart relied on Federal Top Gun and Gold Medal Paper to achieve his ATA Grand Slam. Even the most challenging targets are no match for consistent, hard-hitting Federal Top Gun. The loads' high-quality lead shot produces even patterns that crush clays. The look, feel and performance of Gold Medal Paper shotshells make them the favorite of the most serious clay target shooters. The loads combine Federal Premium Ammunition's classic paper hull and high-quality brass head with an ideal design that provides less felt recoil and effective shot hardness.

“We look to young shooters like Grayson to help energize trap shooting to the younger generations,” concluded Zinnel. “Grayson did an outstanding job representing the Federal brand. It was obvious that he had fun and enjoyed sharing that excitement with others. We congratulate him on this impressive accomplishment.”

Federal ammunition can be found at dealers nationwide or purchased online direct. 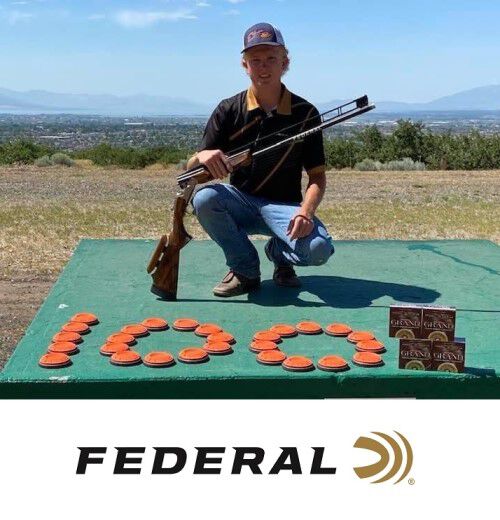