Browning recently won her division at the two-stage U.S. Olympic Team Trials for Shotgun which wrapped up on Monday March 2 in Tucson, Arizona. “I started competing in sporting clays when I was 8 years old. My dad, Tommy Browning, was a competitive shooter. He got me into it,” said Kayle. “It’s been a crazy ride!”

A 2012 Olympic alternate, Browning did all she could to finally secure her Olympic debut in 2020. She secured an Olympic quota for the U.S., then led after the first stage of trials and finally sealed the deal with a great finish. The 27-year-old from Wooster, Arkansas, is coming off top-13 finishes in the last two world championships.

“We are excited for Kayle,” said Federal Marketing Director Jason Nash. “Her skills have already racked up a long resume of accomplishments, including two Pan American medals, a 2018 World Cup bronze medal, 2017 World Cup silver medal, 2016 National Championships silver medal and much more. We know she will do an excellent job representing the U.S. this summer in Tokyo.”

Vincent Hancock will chase his third Olympic title in Tokyo after winning golds in Beijing in 2008 and London in 2012. The four-time World Champion won the qualifying skeet trials on Sunday, March 8 in Tucson, Arizona. “It's a big relief,” said Hancock. “I've put a lot of effort into being here and being at the top of my game at the right time.”

“Federal couldn’t be prouder of these competitors,” said Nash. “Vincent has been a wonderful example of dedication to hard work, determination, and a desire to reach the top of the podium again and we are anxious to follow him through the rest of his journey.”

Federal is the official shotshell ammunition sponsor and supplier of USA Shooting, a non-profit organization that promotes the shooting sports and prepares American athletes to bring home Olympic gold. Learn more about USA Shooting and Kayle Browning at: http://www.usashooting.org.

The USA Shooting logo is also proudly displayed on boxes of Federal Premium Gold Medal Grand. Federal ammunition can be found at dealers nationwide or purchased online direct from Federal. 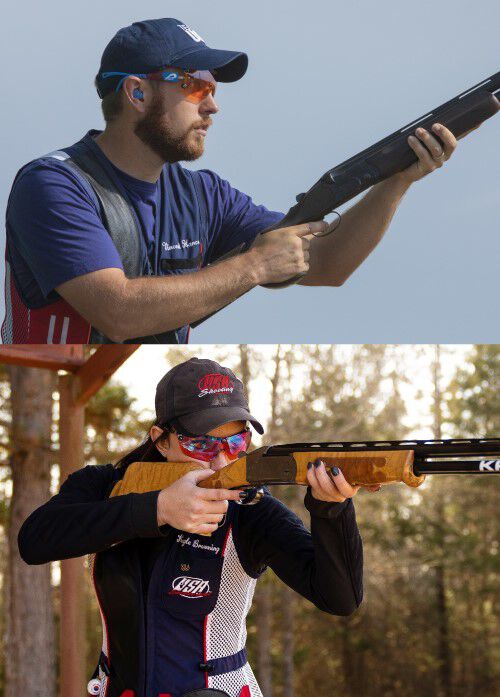