ANOKA, Minnesota - March 19, 2020 - For more than three decades, Realtree has been a pioneer in developing and licensing camouflage patterns and creating hunting content. From its first pattern launch of real life, three dimensional patterns, Realtree took the concealment apparel market to new heights. In the early stages of the company’s growth, Bill Jordan, Realtree founder, realized he needed to promote the brand himself to be successful. One of the architects of those successful strategies, David Blanton, is on the “It’s Federal Season” podcast hotseat for this entertaining episode.

Episode No. 5 - The Influence of Realtree https://www.federalpremium.com/podcast.html

“David Blanton has a great story to tell about the infancy of Realtree and the success that has followed since he and founder Bill Jordan met back in 1991,” says Jason Vanderbrink, President of Federal Ammunition. The iconic television programming and marketing they developed vaulted Realtree’s brand image and camouflage patterns to be a household name today. “Realtree shaped the way networks presented entertaining and aspirational hunting content on television,” says Jason Nash, Senior Marketing Director at Federal. “Their videotape and DVD series are still popular, and they continue evolving with media consumption patterns with the launch of its own digital platform, of which Federal is a proud sponsor” says Nash. Blanton adds some great perspective on what’s new with the brand, hottest patterns, and tells some personal stories that fit right in with “Funniest Home Videos.”

In the Tech Talk segment, Adam Moser, Sr. Manager of Product Development for shotshell ammunition walks us through the advantages of our Premium turkey loads with seasons opening around the United States. Before signing off, find out what promotions are available for consumers and where consumers can meet with our ammunition team in the near future to talk all things ammunition. 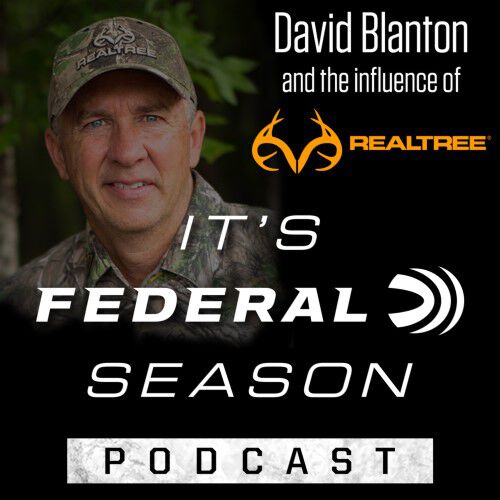