“It was always a goal of mine to win the Ladies Division, plus perform well overall. I was happy to have done both. The most challenging part of this match was the requirement to use a Pistol Caliber Carbine (PCC). That type of rifle is not a gun I typically use or practice with. There was a bit of an adjustment and relearning curve with it,” reported Overland. “However, Federal Syntech PCC 130-grain 9mm ammo is specifically designed for the PCC platform. I knew it would eliminate potential problems with running the firearm. It honestly helped my comfort level at this match.”

“This match was quite large. I saw many people observing, who want to try out the sport,” said Overland. “I want all those to know that competitive shooters love getting new people involved. If you’re looking to get into the sport, come and watch a local match! You can meet people and get started on the right path for gear and knowing what to expect.”

“We congratulate Dakota and all members on Team Federal for a great match and representing Federal in such a big way,” said Federal Senior Manager of Marketing Brian Anderson. “Their enthusiasm and passion for the brand speaks volumes.” 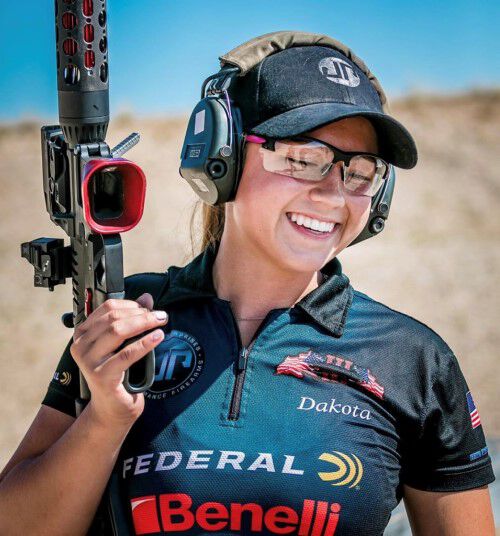