ANOKA, Minnesota - April 29, 2019 - Federal Ammunition President Jason Vanderbrink accepted a custom gold jacket made exclusively for members of the NRA Golden Ring of Freedom while at the 148th NRA Annual Meetings & Exhibits in Indianapolis, Indiana. The National Rifle Association (NRA) bestowed the honor to Federal during the NRA Ring of Freedom Celebration on April 26.

“NRA is honored to welcome Jason Vanderbrink and Federal Ammunition into our NRA Golden Ring of Freedom family. We are grateful for their continued generosity and commitment to help with NRA’s efforts to preserve and protect our Second Amendment rights for future generations,” said NRA CEO and Executive Vice President, Wayne LaPierre.

The NRA Ring of Freedom is dedicated to building relationships with patriots seeking to secure the future of freedom. Its mission is to gather the resources required to help preserve the uniquely American liberties set forth by our Founding Fathers in the Second Amendment for the freedom to keep and bear arms.

"It's an honor to be included in this prestigious group of dedicated patriots who support and defend the Second Amendment,” said Vanderbrink. “Our company and its many employees actively support the American ideals of our guaranteed and treasured freedoms."

Membership in the NRA Golden Ring of Freedom is reserved for those who have given gifts of cash or assets to the NRA totaling 1 million dollars or more. Federal achieved this by investing in NRA programs like “NOIR” and “Love at First Shot” on the NRATV platform. These partnerships signify Federal’s unwavering belief in the NRA's mission to secure freedoms for all Americans.

Federal Ammunition attended the NRA Show April 26-28 to meet with customers and introduce new products, including three 350 Legend cartridge offerings, which will be available at dealers this summer. 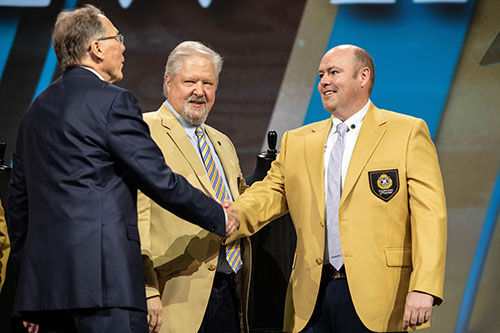