“This is one of the largest trap shooting events in the world, and we congratulate all the shooters who participated. Federal thanks all the parents and others who supported these athletes in their sport,” said Jon Zinnel from Federal’s Industry and Government Relations Team. “We’ve backed shooting sports programs across the country for decades, and it’s a great honor to support the largest program in our home state.”

For the event, each team is assigned a tournament day determined by its class and conference designation. This allows all teams to complete their competition (Novice, Junior Varsity and Varsity) on a single day while facilitating competition among teams of a similar size. The championship is the qualifying team competition for the Minnesota State High School League’s State Tournament, held June 21 at the Minneapolis Gun Club in Prior Lake, Minnesota.

For more on the 2019 Trap Shooting Championship, visit championship.mnclaytarget.com.

Federal shotshells have been setting the standard for competitive trap, skeet and sporting clays shooters for decades, helping shooters perform at their best. Gold Medal Grand Plastic produces world-class performance with its rigid PrimerLock head for improved primer sensitivity, SoftCell wad technology that decreases felt recoil and produce more uniform patterns, and lead shot engineered for the optimum blend of hardness and density for even patterns and maximum downrange power. Gold Medal Grand Plastic is available in a wide variety of 12-gauge loads. 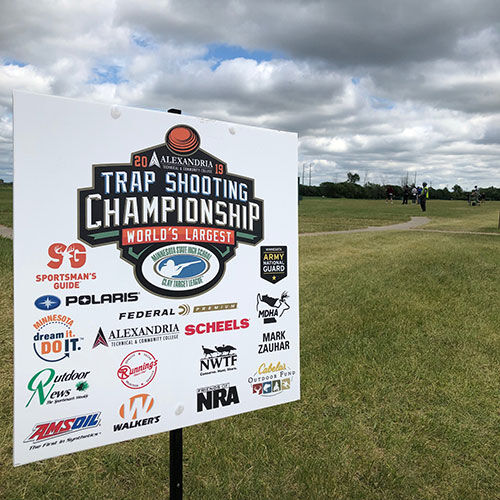