Whether for hunting big game or breaking into the competitive shooting sports, more shooters are taking the plunge into long-range shooting every day. We reveal the skills, equipment and concepts you need to master.

Gear Up To Reach Out

Stretching out into the world of long-range shooting takes the right set of gear—and skills. Federal ambassador Jim Gilliland lays out everything you need to play the game.

Elements Of A Long-Range Shot

Ringing steel at 1,000-plus yards doesn’t just happen—it’s the result of an intricate collection of concepts, skills and gear. Federal ambassador, veteran and competitive shooter Jim Gilliland explains what goes into hitting your mark at extreme distances.

Learn What It Takes

To play the long-range game, you’ll be best served by a rifle built for the task. Federal ambassador Jim Gilliland runs through four firearms that do the job, explaining the features, performance and functions that separate them from your average rifle. 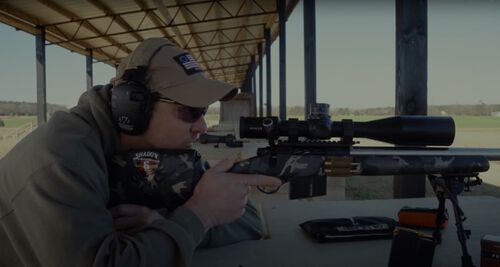 Use Natural Point Of Aim

Good rifles are inherently accurate—it’s us shooters who are the problem. That’s why shooters like Federal ambassador Jim Gilliland use a rifle’s natural point of aim to minimize how much their body mechanics influence a shot.