Holly is currently ranked as the top tactical division shooter in the country. One of the Georgia native’s secrets to success is his trust in Federal ammunition.

“I choose to shoot the factory-loaded 175 grain Federal Premium Gold Medal Sierra MatchKing in 308 Win.,” said Holly. “This load gives me the performance I expect and helped me finish on top.”

The legendary, precision-built Sierra MatchKing bullet has long been an industry standard for match accuracy. Federal’s exclusive primer design provides the best sensitivity and most consistent ballistics in the industry. These and other features of Federal ammunition are critical to competition success and makes it the best choice for the world’s most elite shooters.

Federal is the official Ammunition Partner of the Precision Rife Series. 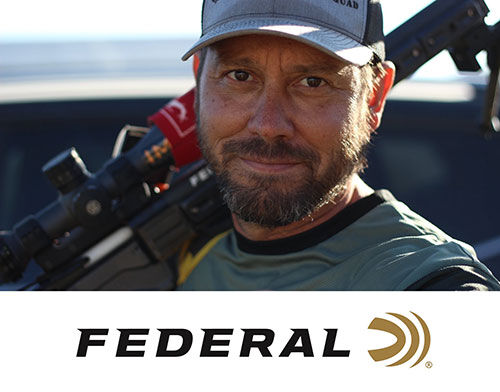