The championship provided visiting athletes with high-level sport shooting challenges. The match consisted of 30 stages over six days, and over 650 competitors from all over the world. Miller’s team also took home 3rd place in the standard semi-auto (iron sights only) division.

“The Federal ammunition I used shot flawlessly and allowed me the confidence in calling my shots at the extended ranges,” said Miller. “The stages stressed accuracy and long range shooting. They had paper targets out to 350 meters and steel targets out to 400 meters. The stages also challenged us with low ports, contorted positions, and a lot of off-hand shooting. It was an honor to be part of the United States national team and to represent Federal.”

The International Practical Shooting Confederation (IPSC) was established to promote, maintain, improve and advance the sport of practical shooting, to safeguard its principles and to regulate its conduct worldwide for the safe, recreational use of firearms by persons of good character. Learn more at: www.ipsc.org.

Federal is a proud sponsor of many competitive shooters in several disciplines. Federal is the official Ammunition Partner of the Precision Rife Series, and the official shotshell ammunition sponsor and supplier of USA Shooting, a non-profit organization that promotes the shooting sports and prepares American athletes to bring home Olympic gold. 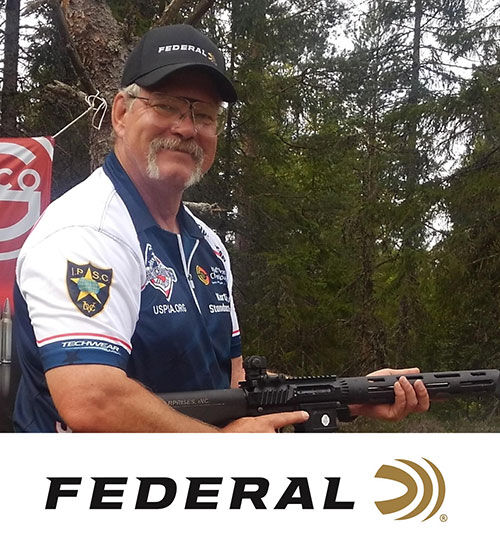