“I use Syntech in each of my pistol caliber carbines, as well as in my centerfire handguns for the Carry Optics, Open and Production divisions,” Busch said. “The reliability and accuracy are phenomenal. With overall championship results being decided by hundredths of a second, using high-quality ammunition is paramount.”

For rimfire rifle and pistol, Busch shoots CCI Clean-22 High Velocity 22 LR. These rounds use an exclusive polymer bullet coating to greatly reduce copper and lead fouling in the barrel—without leaving a residue. The loads feature a 40-grain round nose lead bullet with geometry that’s been optimized for accuracy. With dependable CCI priming and consistent propellant, Clean-22 provides flawless cycling through all 22 LR firearms, including semi-automatics.

“Clean-22 gives me the confidence of knowing it will cycle every time, and the accuracy is amazing from 7 yards to 35 yards,” Busch concluded.

Sykes posted a strong top-10 performance at the Alabama Precision Rifle Challenge (APRC) at the prestigious Alabama Precision facility in Carbon Hill, Alabama. The event was attended by more than 150 of the nation’s best precision rifle shooters. Sykes finished only seven targets behind the overall match winner. He shot five of the 20 stages clean, meaning he hit all targets within the time constraints of the stage.

“Gold Medal ammunition provides elite level accuracy and consistency right out of the box,” Sykes said. “Using it gives me the consistency and dependability I need for good scores, plus the confidence to compete at the highest level.” 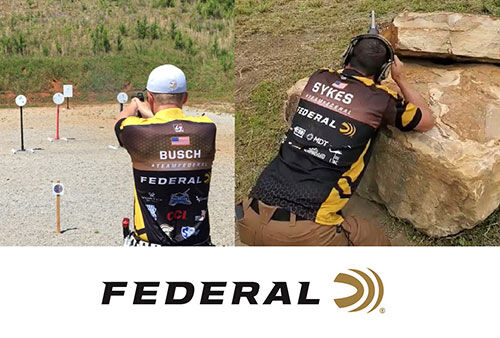